Whitefin was built in 1983 in Camden, Maine, USA, by owner/builder Phil Long who,for the project, used the Renaissance Yacht shipyard he had created a few years before, to build the yacht Whitehawk.

Both boats were designed by Californian designer Bruce King, who, after having established a reputation creating  many successful, innovative ocean racing and cruising boats, moved from Newport Harbor, California, to Maine, to work on the Whitehawk project and later on  the  Whitefin  project.  These, for King, were just the beginning of a series of successful sailing maxi yachts like Signe (1990 – again with Renaissance Yachts), Hetairos (1993),  Alejandra (1993), Sophie (1994 – again with Renaissance Yachts), Antonisa (1999), Maria Cattiva (2002) and Scheherazade (2003).

With Whitefin the result is a mix of agility, lightness and grace, so exquisitely proportioned that it makes you forget her 90-foot size and gives her one of her greatest qualities: speed.

Her modern keel design and the extraordinary large sailing plan , allowed her to win, in recent years, the most prestigious trophies in the most important regattas for her category, the “Spirit of Tradition”, such as: Maxi Yacht Rolex Cup in Porto Cervo, Sardinia; Vele d’Epoca di Imperia, Trofeo Prada, Trofeo Panerai, in Imperia, Liguria; Les Voiles de Saint Tropez, in Saint Tropez, France.

Whitefin is built up in the West System technology of multiple plies, precisely six plies each made up of 1-inch thick boards. The innermost ply and the four successive plies are Maine white cedar, while the outermost ply, laid longitudinally, is Port Orford (Oregon) Cedar.

If the outside is state-of-the-art technology, combined with traditional style, the inside designed by Joseph Artese is simply pure delight of nineteenth century elegance: from the magnificent decagonal skylight and the fireplace in the main salon, to the warm tub in the owner’s suite, every part of this boat brings you to the glorious years of the Gilded Era, when sailing was born as an exclusive sport for gentlemen, and them only.

Whitefin was given a complete refitting in winter/spring 2015 by her new owner.

This brought her up to date with the most recent technologies in full respect of her original layout, both above and below deck. 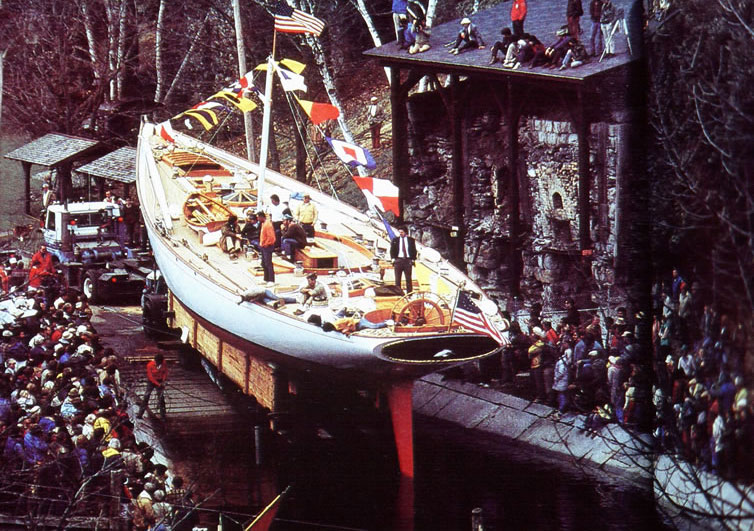 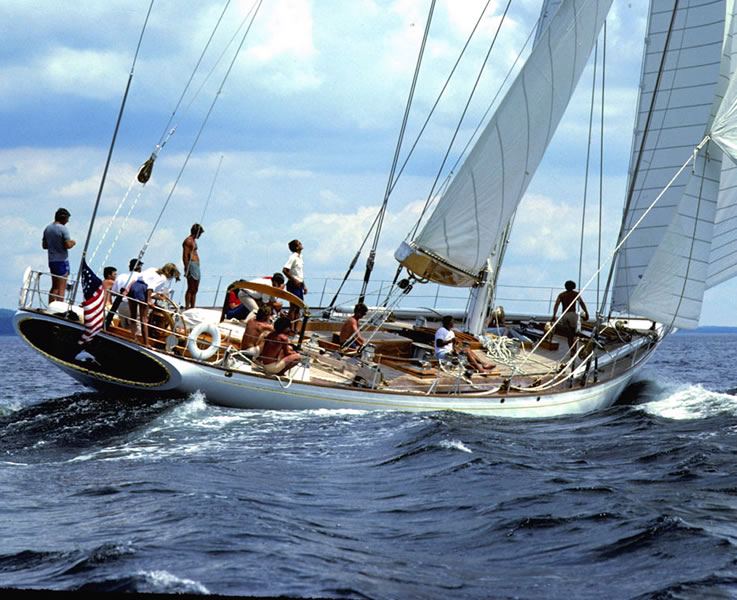 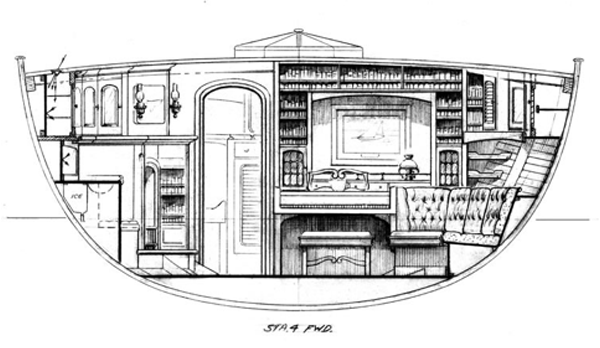 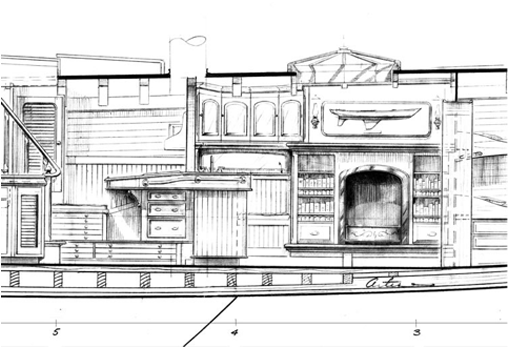 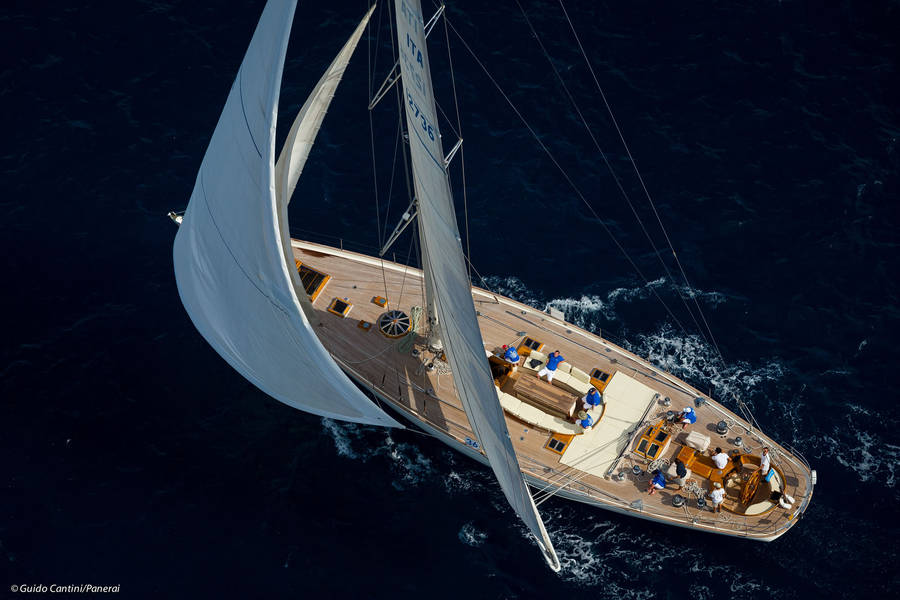 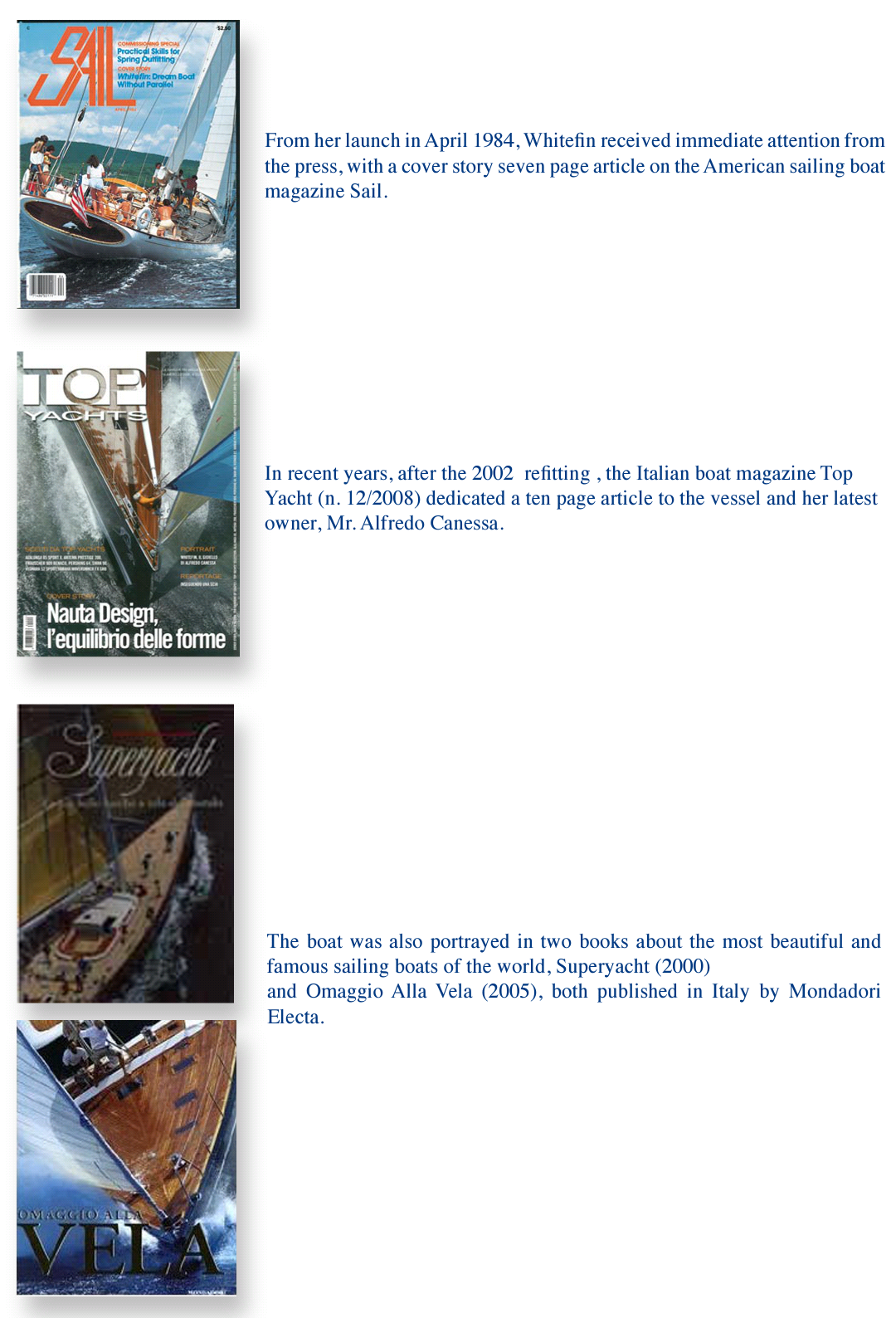